Letters to Emma: Early Oamaru through the eyes of the Sumpter family

The days of Victoria, the days of colonial New Zealand, seem very distant to us now. But it was in so many ways the birth of our own era, a backward echo of our own times. For the 19th century was a time of great change and excitement and opportunity.

Great opportunities breed great disasters, and the century was marked by both. Booms and busts were the order of the day.

In New Zealand, one such ‘bust’ occurred during the ‘black 1880s’, during which some 10% of the adult white male population experienced bankruptcy. They were hard times for families, whether their breadwinner was a young man struggling to establish himself or an established and successful businessman trying to maintain what was his.

Letters to Emma is a story told through the personal correspondence of one family that contains both narratives. George Sumpter, the patriarch of the Sumpter family, was a prominent citizen of Oamaru, stalwart of the Harbour Board, sometime-Mayor, father of eleven, and general wheeler-dealer. His oldest child, Emma, fell in love with one of George’s employees, a Welsh immigrant who, on proposing to Emma, was sent to Rakaia to prove his ability to support George’s much-loved daughter.

It will not, I hope, be giving away too much to say that, despite the difficulties of proving himself in a time of great trial, Richard was eventually permitted to marry his Emma. It is our good fortune that Emma kept so many of the letters written to her, and passed them down to her last surviving son, who in turn passed them to his daughter, my mother.

Some of these letters concern the difficulties of business (from Richard to George), but most are purely personal (from Richard to Emma; from Emma’s siblings), giving us a picture of colonial life in New Zealand, and most particularly in Oamaru and Rakaia.

That world — the early days of New Zealand European settlement — is now 130 years in the past, but here, in the letters they have left us, it lives still.

Letters to Emma is a history of Oamaru, enlivened by newspaper clippings of the time, and built around the correspondence of Richard Davies and the Sumpter family. It is available in paperback and digital formats. 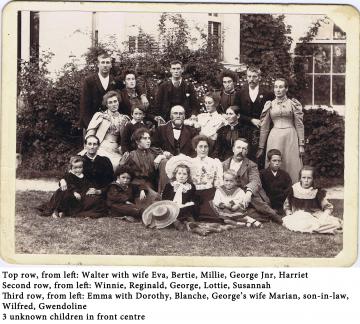 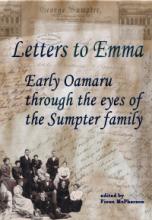 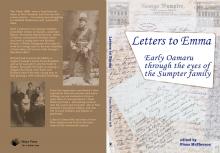