The Greek island of Lemnos was the launching point for the Anzac troops. Part of what was claimed to be “the largest force ever to attempt an opposed landing on foreign soil”, … Anzacs — most of them, like Robert, seeing action for the first time — crossed the sea in some 200 ships.

The plan was to land on April 24th, but the weather delayed the crossing for a day.

The soldiers were told to carry enough food and water for three days and to be thrifty with their ammunition.

To retain an element of surprise, no naval bombardment was planned to precede the actual landing. Instead, two feints were to be made — by the Royal Navy in the Gulf of Saros, and by the French at Kum Kale. The Anzacs were to land at “Z Beach”, and it may have gone a great deal better if they had, but tragically, they ended up landing a mile north, at a stretch of beach that could hardly have been more completely designed to rebuff an invading force — a tangle of rugged terrain that would become known as Anzac Cove. 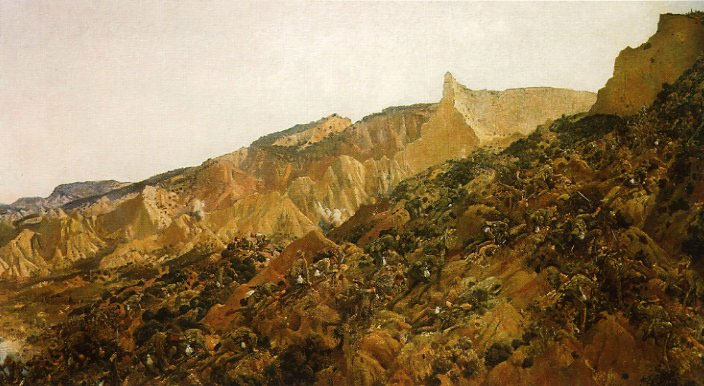 Photograph of painting: Anzac, the landing 1915 by George Lambert

Of the 153 New Zealanders killed on Anzac Day itself, 100 were soldiers of the Auckland Infantry Battalion. A further 450-500 were wounded.

The first New Zealander to receive the Military Cross was Captain Wallingford, a machine gun officer with the Auckland Infantry, for his heroic action on the 27th.

The Battle of the Landing was effectively over by the 29th — New Zealand had lost 225 men with many more to later die of their wounds. 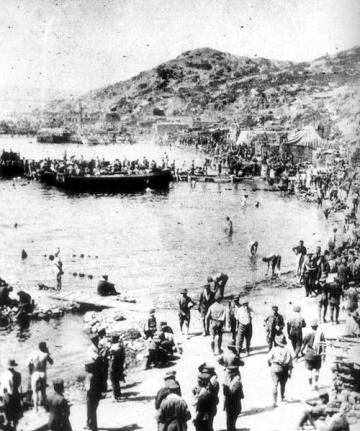